As a young man, Kanhaiyalal Maneklal Munshi was imbued with a sense of India’s greatness. Not yet out of his teens, he learned from his mother’s songs and stories about the sages and sects of India’s past. The heritage that these master-spirits represented was ingrained in the young munshi deeply; and later this incipient perception received an adult dimension.

The seeds so sown were precognitive and were backed by K. M. Munshi’s great inner strength, which prompted and sustained his external actions. His sense of India as the Motherland of the Spirit impressed him irreversibly and so, as he moved professionally and politically, rung by rung, it was with a sense of pride in the cultural, intellectual and spiritual heritage of India. India was for him not just a nation but an ongoing civilization; not an accident of history but a design of destiny. For him the vitality of Indian culture and its self renewing greatness constituted a living principle. 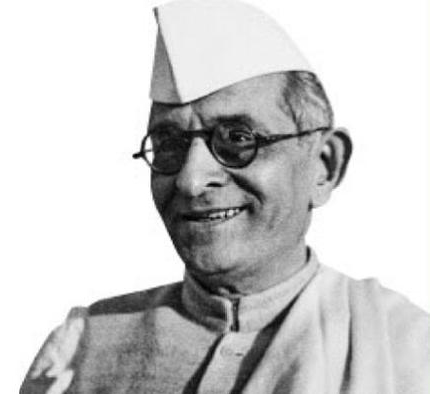 Like most others of his generation and class, Munshi took to the study of law and rose to the pinnacle of his profession even in the era of legal giants. It was but natural that law led to politics and politics to the service of the country’s heritage. The call of Mahatma Gandhi for sacrifice led to Munshi bidding goodbye to his lucrative practice and prepared to risk his all in the fight against injustice in and to his country. Also his training and temperament inclined him to constitutionalism. The framing of the new nation’s supreme statute called for the gift of idealism as well as realism. Munshi was possessed of both. He regarded India’s independence in 1947 as an opportunity for an ascent once again. He believed that the people of India had it in them to climb up into a new millennium. Munshi showed that a man with pride in the past could also have faith in the future through the instruments of science and technology.

Today when the world is so conscious of the environment and of ecological factors, it is edifying to note that as much as half a century ago, Munshi’s Vanamahotsava scheme heralded the impulse for preserving ecology. Munshi’s vision was as deep as it was vast. A heightened commitment. the genuineness, sincerity and dedication of his played an immensely crucial role in bringing stature to a name which was a binding force of a pan-Indian movement, a pan- Indian spirit and a pan-Indian ethos which would present to contemporary Indians, and to the world at large, a glimpse of the composite magnificence of ancient times. Bharatiya Yidya Bhavan.

From a small beginning, the Bhavan has grown into a great intellectual, cultural and educational movement all over India. The Government of India recognized the Institution as “An Institution of National Eminence” and awarded the Gandhi Peace Prize in the year 2002.

Bharatiya Vidya Bhavan has spread its wings abroad (in United Kingdom, United States of America, Canada, Portugal, South Africa, Kuwait, Mexico, Singapore and Australia) and besides has a number of affiliated colleges and constituent institutions.

The foundation stone of Bhavan’s Kolkata Kendra was laid by former President Neelam Sanjiva Reddy in 1984. Bhavan’s Gangabux Kanoria Vidyamandir – the kolkata Kendra Bharatiya Vidya bhavan was inaugurated on 18th June, 1984 with the blessings of Swami Lokeswaranandaji Maharaj of Ramkrishna Mission. The school started with a few staff members and 150 students, starting from class I to V. With the overwhelming response of the guardians, within a span of 6 months, more sections had to be added. The first batch of students appeared for the CBSE examinations in 1988. At present the student strength of the school is more than 3600. Today the name of the school shines like a beacon and has achieved laurels almost in every field. Bhavan’s Kolkata has since upheld the tradition under the guidance of Bharatiya Vidya Bhavan and strives towards perfection and believes in development for a better tomorrow. As emphasized by Swami Vivekananda “Out of the past is born the present, out of the present is born the future”.